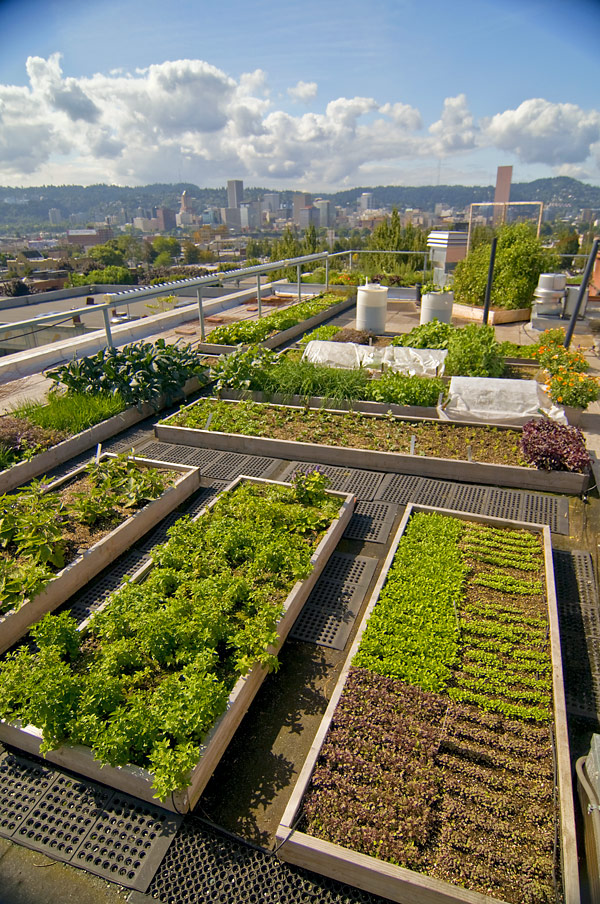 WE GROW GOOD
Our approach to gardening on the Noble Rot rooftop is both production-driven and experimental-minded.  Almost any vegetable or any variety thereof has the right to its fifteen minutes of fame up there, but to stick around longer than that it has to deliver the goods over and over again, or, if it’s finicky, it has to provide something that we just can’t find at market, making us willing to tolerate its petulance.

A rooftop garden contends with the full force of wind and sun.  Add to that a shallow soil profile (because, after all, soil is heavy and it is on a roof), and the  criteria for vegetable selection become stiff indeed.  Besides constantly trialing different veggie varieties for their ability to thrive under those conditions, we are forever fiddling with the systems themselves.  A rooftop garden, no matter how extensive or intensive, constitutes some permutation of container gardening, so we play with different soil themes, fertilizer regimes (all organic!), irrigation schemes, and overall design dreams to realize our goals and make nature bend, slightly, to our wills.

Chefs do much of the work of this garden – all of the harvest and some of the prep and planting.  They gather baskets of produce during the day and then again run up during the evening press to snip this or that herb that is running low or to hustle ingredients for a made-to-order salad for a special restaurant guest.  Gardener and chef patrol the terrain frequently evaluating the merits and performance of each offering, and sometimes laggards or offenders are pulled out on the spot and consigned to the compost heap.   Nature abhors a vacuum here as much as elsewhere, so the soil in this high-output garden is barely ever without greenery or sprouting seed, sometimes being re-planted within minutes of harvest.

Winter comes and with it some rest.  Endive, kale, lettuce, and arugula remain, but they are lightly harvested.  The garden and all its tenders take a breath, but only to begin the cycle again soon after solstice, hunched over seed catalogs,  ready to start transplants indoors, and confident, as all gardeners are, that the upcoming season really will be the best ever. 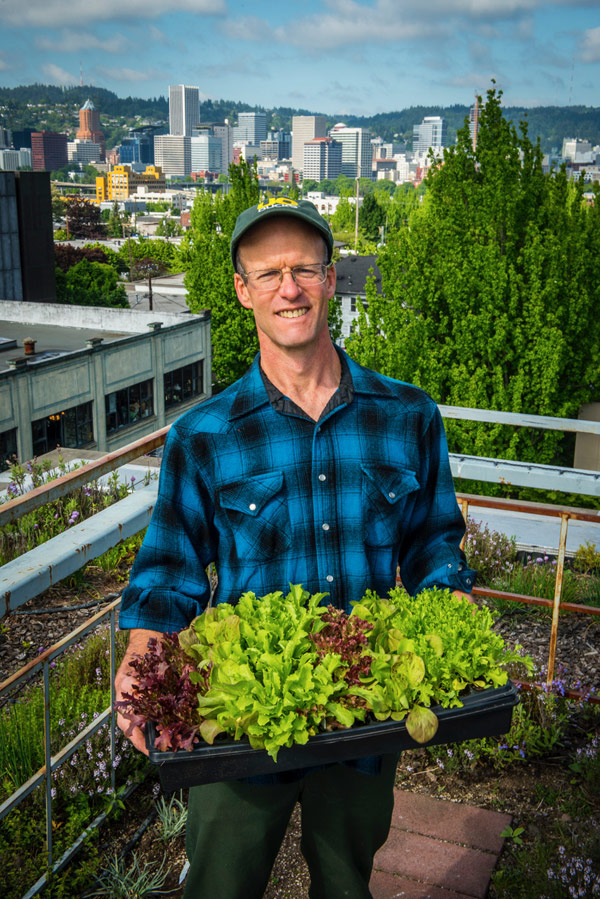 Marc Boucher-Colbert’s urban agricultural track was perhaps prefigured by a childhood which never included growing a single vegetable or flower and by an academic career focused on liberal arts.  Somehow from that soil-deprived formation, he emerged as an ardent tiller of the earth, apprenticing first in the boulder-strewn fields of New Hampshire then moving to the promised land of the Willamette Valley.  In 1993 he started one of Portland’s first community supported farms – Urban Bounty – which morphed into the Friends of Zenger Farm, which he  co-founded in 1999. 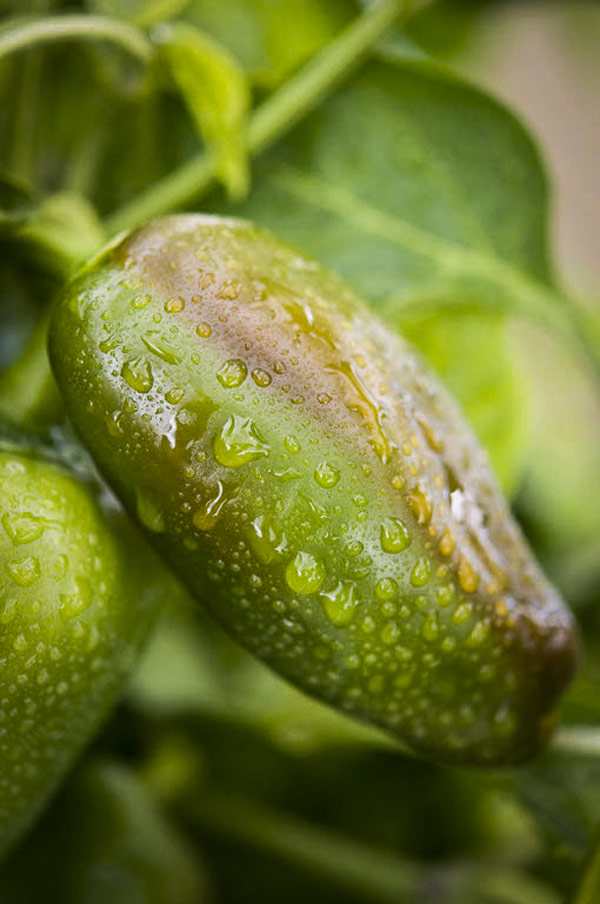 In 2005 as a PSU master’s student in sustainable education, he was taken with rooftop agriculture and discovered like-minded collaborators in restauranteur Leather Storrs and Rocket building owner/developer Kevin Cavenaugh.  Boucher-Colbert’s business Urban Agriculture Solutions LLC emerged at that time, leaped to the top of 1111 E. Burnside, and has been gardening there since for both Rocket and Noble Rot restaurants.

Marc is also Garden Specialist at Franciscan Montessori Earth School in East Portland.  With his wife and two children they live, and garden (surprise!), in NE Portland. You can follow Marc’s blog here: http://urbanagsolutions.blogspot.com